At last some improvements: you can now view the set of versions in an MVD. These can be grouped hierarchically to any depth, and each step in the hierarchy can be named: 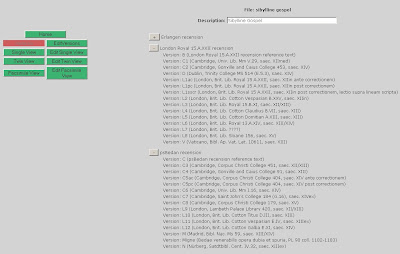 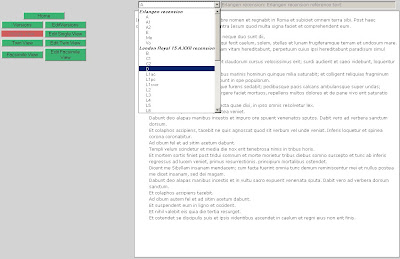 Viewing one version of the Sibylline Gospel

The text illustrated here is the moderately complex Sibylline Gospel – an apocalyptic prediction about what will happen at the end of the world. Nicoletta has recorded 36 versions, some of which are shown in the expandable list above. Getting this text right necessitated the fixing of a number of bugs in the NMerge package, but all seems to be well now. To build the document I used the MvdTool, which is a commandline version of NMerge. It does many of the same things as the wiki, but without the user-friendly interface.

Next step is to add twin-view, which will allow the user to instantly see highlighted differences between any two versions in an MVD. The edit version of this view will probably display a HTML rendering on the left and an editable window on the right, updated every few seconds, or at the press of an 'update' button.

Posted by desmond at 8:06 PM No comments:

Yesterday I completed the Proof of Concept stage. I now have a very simple web application that allows you to choose an MVD from a list, then to view, edit and – most importantly – save individual versions. No searching, comparing or creation of new versions is yet possible. It doesn't check your XML, so if you make a mistake it falls over. Also, it is as ugly as sin. But I don't care. What matters is that it works. The underlying Nmerge platform is pretty solid and has a lot of functionality I haven't yet exposed in the user interface. This should come fairly quickly now. For the moment here are a couple of screen shots, firstly to show how ugly it is, secondly to show what it can do so far: 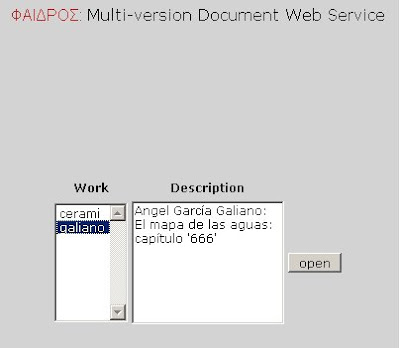 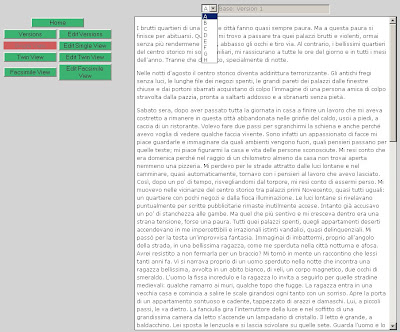 Viewing one version of an MVD (transformed into HTML) 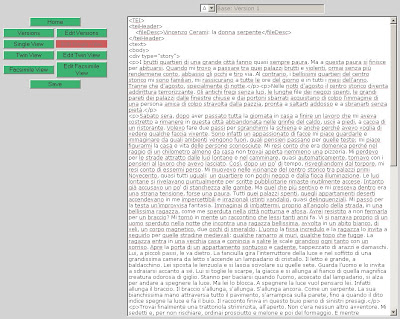 Editing one version of an MVD

Unfortunately, I can't publish the software on here because of copyright restrictions on the example texts. Send me an email if you are interested and if you are part of the research group I can probably send you a copy for testing.

Posted by desmond at 6:39 PM No comments: