A critical edition view for the Web

Critical editions, with their explanatory notes at the foot of the page, 'the apparatus', which described the variants of the version printed as the 'main' text above it were very popular in print editions of classical authors and scholarly editions of early printed books, from the late 18th century on. But in the digital medium this view, so dependent on print for its effectiveness, has struggled to make an impact, other than to evoke the response that this is a fake or copy of a print edition on screen. The apparatus showed a cross-section of versions that differ from the printed base text, but the connection between the two was via line-numbers. Unfortunately this does not work well on screen. Since the text is not divided into pages the line-numbers would get too large. In any case the idiom of the screen is based on clicks and highlighting rather than numbering. In prose texts, unless the reader were satisfied with the line-breaks of a particular print edition (and its hyphenation), numbering the lines would not even be possible. Another problem is that an auto-generated (versus hand-edited) apparatus is either too detailed to be readable or is filtered, so that important small variants may be lost. A more natural way of displaying variation on screen has to be found. 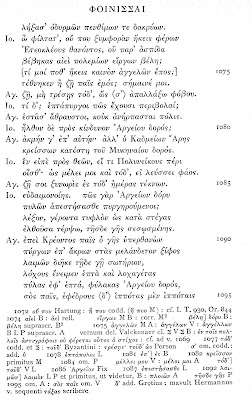 On screen, this is the most popular view for displaying multiple versions, e.g. the Online Froissart and Juxta Commons. Usually just two versions are shown, and the user can choose which two to compare. Some versions of this view allow the user to choose multiple versions for display, but it gets a bit confusing after two because only the differences between each pane and one designated base can be shown. But fundamentally what is missing in this view is an ability to show all (or a subset of) versions in one go. 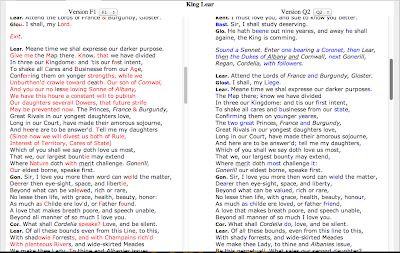 Another way to display variants is in a table. This aligns all the variants one above the other wherever they correspond. Editors love this view, because it resembles the apparatus of the critical edition, but there are only a few examples on the Web, usually as a window that floats above the text and so obscures it.

It seems obvious to combine table view with a view containing one chosen version at a time, to act as the base. It is also fairly obvious that the table should scroll horizontally in sync with the main text. Our project supervisor called this a bit hyperbolically 'a killer app'. It may be observed, however, that:

Check out the first working prototype. There are still some things to be done, such as:

But as it stands you can still 'get the picture'. It seems to have potential. 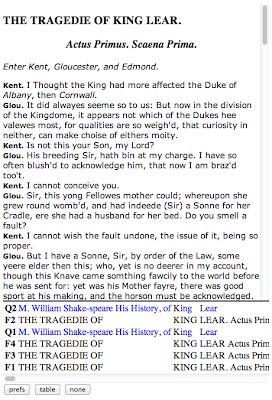 Great to see your progress on the MVD, Desmond.

We talked a while back about your work on the AustESE project. I've been trying to do local installations of of HRITserver and NMerge, but not having much luck. I've been using Homebrew, but for some reason I just can't seem to get the installations to build on my Mac machine running OSX 10.8.2.

I've posted about my problem on GitHub, but not really knowing what to ask other Homebrewers, I thought that I'd ask you. I've consulted the Readme files, but I may need more hand-holding than you might be expecting. I'd like to be able to work with local installations of the software rather than relying on your demos, since I'm trying to scope out (for Islandora developers) the potential for developing your tools within the context of our Modernist Commons (http://modernistcommons.ca).

Any assistance would be greatly appreciated. I've appended my email address below.

Killer app indeed.
I am looking forward to seeing the development of this projecth